A guide to assist Bond University staff maximise the creation and use of print, online and audiovisual materials while meeting copyright obligations. Scroll down the page menu on the right-hand side of the guide.

Using copyright protected works without permission from the copyright owner, or without following the provisions of the Copyright Act, or the University’s Copyright Licences, could lead to infringement of the Act, with possibly severe repercussions for both the individual and the University.

Staff and students are expected to comply with the Copyright Act and with the University's Copyright Policy.

This guide will assist staff and students manage the copyright protected works that they use and create in their research, study, teaching, and other activities in and for the University.

The fair dealing exceptions in the Copyright Act are individual, personal rights which allow limited amounts of copyright material to be reproduced without the permission of the copyright owner for the following purposes.

The fair dealing exceptions do not apply to multiple copying, publication, or communication of materials for educational purposes. Staff who wish to make copies of materials available to students should consult the Subject resources, and iLearn sections of the guide.

Moral rights are rights relating to a creator's reputation in connection with their work and have nothing to do with morality. You must give the creator of a literary, musical, artistic or dramatic work or of a film the right to be attributed as the creator of the work or film and the right to have the integrity of the work respected. These rights supplement the right of a creator not to have their work falsely attributed.

The right of attribution

You should attribute a creator when you reproduce a work or film and it should be clear and reasonably prominent, so that the person receiving a reproduction of the work or film will have notice of the creator's identity.

The right of integrity

A creator's work should not be subjected to derogatory treatment nor should you do something to a creator's work that is prejudicial to the reputation of the creator.

This varies according to the type of material. Generally copyright in a work lasts from when it was created to 70 years after the year of the author's death or in the case of joint authors the death of the last joint author.  When copyright has expired the work is considered to be in the Public Domain and can be used without the copyright owner's permission.

The material you want to use may contain more than one work or type of material protected by copyright and as such the length of copyright for each type may vary.

Refer to the Australian Government Duration of Copyright Table for further details.

Creative Commons Licences: The copyright holder keeps copyright but allows people to copy and distribute copyrighted work provided they meet the stipulations in the license. 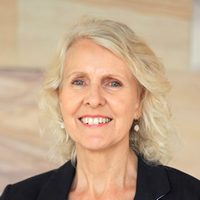